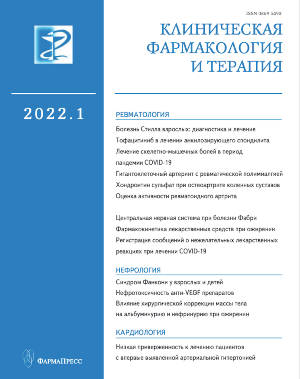 HCV-infection can be associated with the extrahepatic manifestations, e.g. increased risk of insulin resistance, type 2 diabetes, cardiovascular outcomes and progression of chronic kidney disease. Viral eradication was shown to have favorable impact on certain extrahepatic effects of HCV (prevention of relapses of cryoglobulinemic vasculitis, improved sensitivity to insulin, reduced risk of type 2 diabetes and stroke). Extrahepatic manifestations may justify treatment with novel direct-acting antiviral agents (DAAs) even in patients without significant liver fibrosis or with low risk of its development. DAAs are safe and well-tolerated in patients with autoimmune, cardiovascular and mental disorders which prevent treatment with interferon alfa and ribavirin. Certain DAAs which are mainly metabolized by the liver can be given to patients with end-stage kidney disease treated with dialysis, while efficacy and safety of grazoprevir/elbasvir were shown in patients with theinherited blood disorders, including hemophilia A/B, von Willebrand disease, beta thalassemia and sickle cell anemia. DAAs interaction can be an issue in comorbid patients who usually receive multiple medications. Compliance to current antiviral treatment in HCV-positive patients is high given its short duration and convenience of oral DAAs.