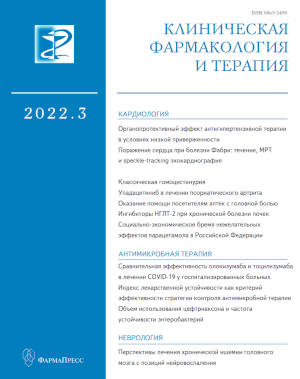 LVMI increased with age both in males and females. However, these changes did not reach statistical significance. Myocardial hypertrophy was found in 16 of 40 patients (40.0%), including 13 of 28 males (46.4%) and 3 of 12 females (25.0%). Patients with increased left ventricular mass were older than patients with normal LVMI, while a percentage of males in these groups was similar. Median LVMI was similar in males and females with myocardial hypertrophy (115.0 g/m2 and 114.0 g/m2, respectively). Myocardial hypertrophy was mild to moderate in 12 of 16 patients (75.0%) and symmetrical in 10 patients (62.5%). LGE indicating areas of intramyocardial fibrosis was detected in 7 of 16 patients (43.8%). Heart disease was frequently asymptomatic. Clinical signs of heart involvement included chest pain in 7 patients, atrial fibrillation in 3 patients and chronic heart failure in only 1 patient.

Cardiac MRI showed heart involvement in 40% of patients with Fabry disease. However, myocardial hypertrophy was mild to moderate in the majority of patients and frequently asymptomatic.