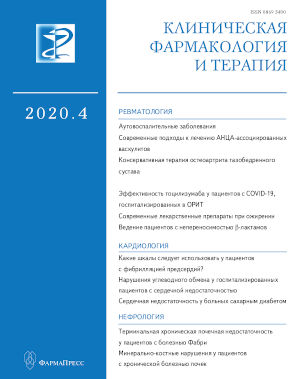 To evaluate the role of immune-inflammatory and genetic factors in the development of liver fibrosis in patients with alcohol liver disease (ALD).

Patients with ALD presented with increased levels of proinflammatory cytokines (IL-6, IL-8) and molecules of endothelial dysfunction (EТ1, sICAM-1). Genotype CA of the rs699947 gene was associated with a higher serum VEGF-A level in patients with ALD, while sICAM-1 level was in - creased in patients with genotype TT of the rs281437 gene and severe liver fibrosis.