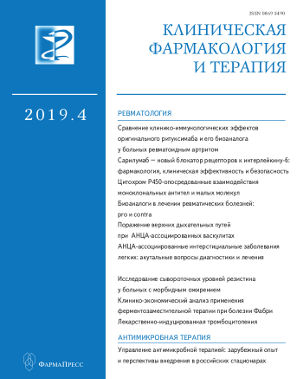 To study the association between variants of M-type phospholipase A2 receptor (PLA2R1) gene with susceptibility to idiopathic membranous nephropathy (IMN) and levels of anti-PLA2R antibodies in the Russian population.

We genotyped 70 patients with IMN, 100 healthy donors and 40 patients with other histological types of chronic glomerulonephritis for single nucleotide polymorphism (SNP) rs4664308 in the PLA2R1 gene. Levels of anti-PLA2R antibodies were assessed in 33 IMN patients according to PLA2R1 gene variants.

The frequencies of allele A and genotype A/A were significantly higher in patients with IMN compared with healthy donors (81.5% vs. 59.5% and 66.0% vs. 34.0%, respectively; p<0.001). Allele A and genotype A/A were associated with an increased risk of IMN [odds ratio (OR) 2.98; 95% confidence interval (CI) 1.79-4.98] and OR 3.97; 95% CI 2.09-7.52, respectively, p<0,001]. In patients with IMN, A allele and A/A genotype occurred more frequently than in patients with other types of chronic glomerulonephritis and also were associated with a 2.5-fold higher risk of IMN. There were no significant differences in the frequency of alleles and genotypes between the two control groups. In IMN patients with genotype A/A, anti-PLA2R antibodies were detected more often compared with carriers of allele G (87.0% and 60.0%, respectively), but the difference did not reach statistic significance (p=0.103).